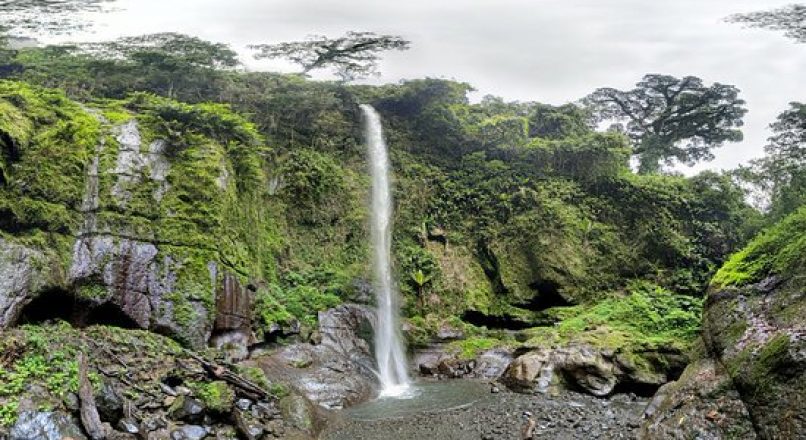 While it is one of the smaller parks, Arusha National Park offers many attractions: Arusha Waterfall and Ngurdoto Crater. While the latter is only three kilometres across, it is so reminiscent of Ngorongoro Crater that the locals call it Ngorongoro’s younger brother. The Momella Lakes are a unique attraction that allows for canoeing: a great way to get closer to the pink flamingos that feed in the shallows. Arusha National Park is also home to the majestic Mount Meru. Standing at 4566 meters, this dormant volcano is the fifth-highest point in all of Africa. It is a popular destination for those who enjoy the challenge of climbing, or preparation for climbing nearby Mount Kilimanjaro.

Below are the Water Falls and Lakes insider Arusha National Park:

The cave falls are a waterfall as well as one of the many water sources for the Arusha Urban Water Supply Authority that are located just a short distance inside the Arusha national park and on the slopes of mount Meru – Tanzania. They also serve as one of the tourist attractions in the region but there are some strict regulations regarding visitations to the area – requiring a special permit from AUWASA or the use of a tours and travels company.

A tall and beautiful waterfall that is located deep inside Arusha national park and on the slopes of mount Meru. With an approximate height of about 28 metres, the height of the falls is so large that it actually is dangerous to stand underneath it, constantly giving off a gushing sound, large enough to drown all others in its immediate vicinity.

This is one of the best waterfalls that we have seen so far on the slopes of mount Meru, despite its small size. The pools next to it hold catfish – a spectacular site at this altitude, and there is a natural evergreen lawn that serves as a picnic site. It is small in size when compared to other falls on the mountain, with a height from top to bottom of about 3 metres!

A beautiful waterfall on the slopes of mount Meru, that normally requires a short walk to get to. It is part of the early stages of the Themi river, that flows through Arusha’s city centre and into its southern outskirts.

One of the multitude of alkaline lakes that are located within Arusha national park’s north eastern end, in northern Tanzania. It is the second largest in the park – by volume after big Momella, losing only due to its shallow depths of 4m and 10m for its shallowest and deepest points respectively – compared to that of 10 m and 31 m for big Momella.

Its water comes from a combination of rainfall and underground streams and sports various animals such as hippos, ducks along with other water birds such as the little and great crested grebes, southern pochard, Maccoa duck, Sacred ibis and many others.

The largest of several alkaline lakes that are located inside Arusha national park of northern Tanzania. It serves as a tourist hospot, with several animals to see including both greater and lesser flamingoes, hippos and several other bird species.

It has a maximum and minimum depth of 31 m and 10 m respectively and also support micro algae. Game drives around it and its neighbouring lakes Rishateni and – small Momella – with several view points, campsites and picninc sites from which you could spend time in. Canoeing can also be arranged, from any one of the TANAPA ranger posts, at a special fee.

A small lake in the north eastern section of Arusha national park that is known for having the highest concentration of fluoride, possibly in the whole world. Just like many of its neighbouring lakes, its water comes from rainfall, with no rivers or streams pouring into it – though it is said that underground streams may play a part.

What to do there? Sight seeing mostly, with a view point nearby from where you could get views of both it and small Momella – from a higher vantage point. Though canoeing is allowed on small Momella nearby, we are not sure whether it is allowed here.