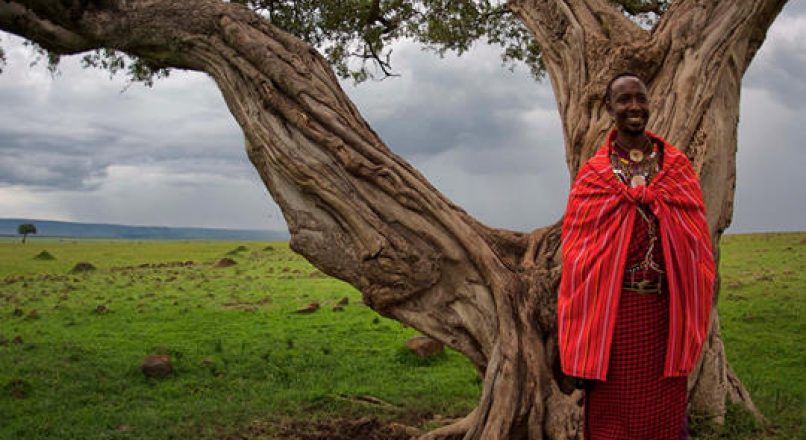 Maasai People of Arusha: This is possibly Africa’s most famous ethnic group,the Maasai people aresemi-nomadic people located primarily in Kenya and NorthernTanzania. They are considered to be part of the Nilotic family ofAfrican tribes, just like the Schilluk from Sudan and theAcholi from Uganda.

According to their own oral history the Masai people originated in theNile Valley in Northern Africa and migrated south around the15th century with their cattle. Why they did this is not known,however historians believe it was simply out of need for bettergrazing land. In their southward expansion, the Maasai foundsuch land and satisfied their desire for more cattle by wagingdevastating warfare and continual cattle raids on other tribes.They quickly spread south through the Rift Valley where thefertile grasslands were ideal for their cattle and around the 18thcentury, reached the present-day territories in Kenya andTanzania.

Once considered fierce warriors and feared by all tribes in thearea, the Maasai lost much of their power in the 19th century. Intribefighting was detrimental to the growth of the tribe as awhole and combined outbreaks of human and cattle disease,followed by severe droughts, decimated both the herds andpopulation of the Maasai. As a result, the masai tribe lost lands theyhad already conquered and when the British and Germancolonisers arrived, the Maasai were in no position to avoidcolonial conquest and their lands diminished.

Nevertheless, the Maasai turned their backs upon the prizesand temptations offered by the West, and despite education,civilization and western cultural influences they remainedfaithful to their ancestry and traditional way of life, making themthe strong symbol they are today of East African culture.

In spite of their reputation as fierce warriors, Masai tribes revolve around their cattle. One of their spiritual beliefs is thattheir God, Enkai, created cattle for the Maasai and that all thecattle on earth belong solely to them. This bond has led them toa nomadic way of life following patterns of rainfall over vastlands in search of food and water for their cattle. Traditionally,all of the Maasai’s needs were met by their cattle; they ate themeat, drank the milk and sometimes blood. Animals wereslaughtered for ceremonies, and all their clothing, shoes andbedding came from the hide, whilst cow dung was used forbuilding.

The Maasai have managed to retain many of their traditional ways, however, this becomes morechallenging every year. The ability to graze their cattle over large areas has diminished considerablyover recent years due to increased urbanization and the declaration of the Maasai Mara and theSerengeti Game Reserves, which were former Maasai grazing land. The Maasai have now adapted amore sedentary lifestyle that includes growing and buying cultivated food. Today raiding cattle hasalso become a crime so in order to increase their herds the Maasai must buy cattle, which meansseeking employment in order to earn money to do business.

There are numerous traditions and ceremonies performed by Maasai men. Perhaps best known is the‘warrior’ jumping dance where young Maasai moran (youth) leap into the air from a standing positionin order to demonstrate strength and agility.

Traditionally, in order to earn the right to have a wife, a Maasai moran was required to have killed alion. Officially this practice has stopped although there is evidence that it continues in the moreremote areas. In earlier times groups of young boys were also required to build a new village and livein it for lengthy periods of time, often years, as part of their passage to manhood. This practice is nowdying out due to lack of land.

As pastoralists never having had to hunt wild animals, the Maasai have always been an extravagantlycoloured and beautifully adorned tribe. The tribesmen would dye their clothing red to distinguish fromother tribes who usually wore white, and so that if a man was injured in battle the blood would notshow on his clothes and the enemy would not realize his weakened state. Today blue, black andcheckered cloths are also worn. Beadwork done by the women has a long history among the Maasaiwho define their identity and position in society through body ornaments and painting. Tribesmen ofall ages including tiny babies will wear jewellery.

The Maasai speak the Maasai language, an Eastern Nilotic language closely related to Samburu (orSampur) the language of the Samburu people in central Kenya, and to Camus spoken south andsoutheast of Lake Baringo. Most Maasai also speak Swahili, the language of East Africa.