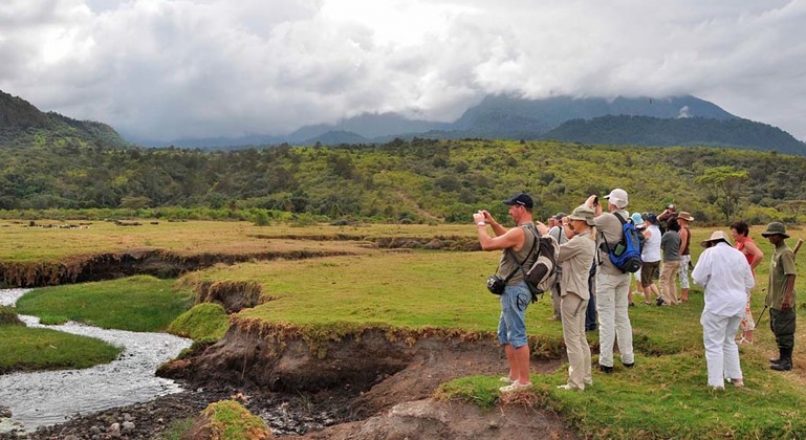 With a population of over 400,000 people, Arusha is one of the largest cities in Tanzania. It is the capital of the wider Arusha region and is strategically located in the northern part of the country – an area with some of East Africa’s best national parks. The city receives enough rainfall and remains green throughout the year because of its location at the foot of Mount Meru.

No wonder it is known as the green city of Tanzania. Arusha is a multicultural city with a population of mixed backgrounds. There are indigenous tribes of the area, Tanzanians of mixed heritage (Arab, Swahili and Indian heritage) and a strong white community. The city is relatively small and residents lead a more laid back kind of life. The city has a strong diplomatic community and legacy of having had UN and African Union offices. Christianity, Islam and Hinduism are the main religious denominations.

Arusha is also known as the safari capital of Tanzania because it is the connecting point to those interested in visiting Mount Kilimanjaro, Mount Meru, the Serengeti, the Ngorongoro crater, Lake Manyara and Tarangire National Park. Arusha is also very close to the Masai Mara Game reserve in Kenya Although the city itself is often overlooked by international tourists on their way for safaris in the nearby national parks, Arusha city is an attraction in its own right with countless things to do. If you happen to be in town before or after your safari, do not remain in your hotel room.

Day Trips in and Around Arusha:

Arusha Day Tours is just a one day trip, but the experiences you can achieve here, that’s totally out of this world. The superb natural beauty, magnificent wildlife and Cultural experience! Tanzania Day Trips & Tours starting from Arusha takes you to the closest parks of Arusha National park, Lake Manyara, Tarangire and Ngorongoro Crater.