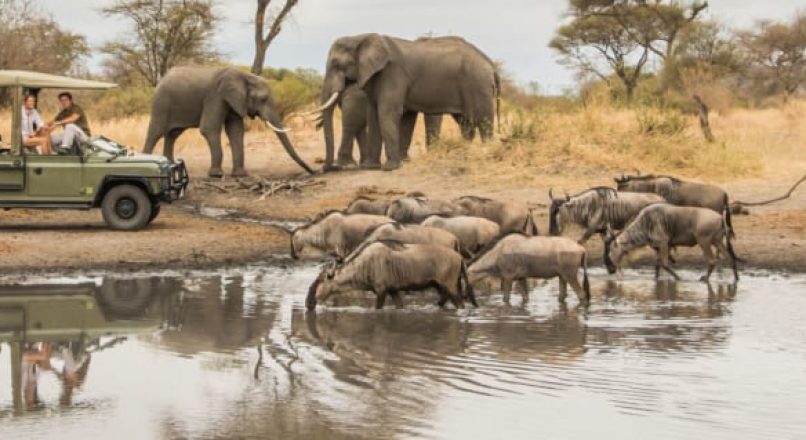 If you’re looking for a tour or safari to Arusha, look no further than our selection of Tanzania safaris and affordable scheduled tours that include a stop in Arusha, Tanzania’s safari capital. Arusha tours and safaris embrace a part of Tanzania that is well known for its vibrant local markets as well as its close proximity to East Africa’s greatest wildlife destinations.

View our recommended Arusha tours and safaris below or click through to our Arusha tour section for a full list of safaris in Arusha.

Why go to Arusha?

Surrounded by rolling green farmland and enjoying a temperate climate, Arusha lies at the foot of Mount Meru, Africa’s fifth highest peak and is the undisputed gateway to the Northern Tanzania safari circuit. Essentially an Arusha safari is the start to some of the greatest wildlife adventures in East Africa.

Arusha does have an airport and provides a direct flight link to Dar es Salaam but most safari-bound travellers arrive via nearby Kilimanjaro International Airport and head into Arusha to connect with an onward flight or road transfer to the Serengeti, Tarangire or the Ngorongoro Crater. In order to safari from Arusha, many travellers who arrive too late to catch their connection will overnight in the town though few spend more than a night here.

However, don’t worry if you need to overnight in Arusha: not only is there some very good accommodation on offer (often located on scenic coffee plantations and with views of Mount Meru) but with the 137km² Arusha National Park just north of town, an Arusha safari can also be organised.

Largely designed to protect Mount Meru, this under-rated and under-visited park features habitats ranging from open savannah to acacia scrublands and from rainforest to alpine vegetation. The range of wildlife is accordingly diverse: wetlands are home to hippo, the forests to colobus and blue monkeys whereas the wooded grasslands support elephant, buffalo, giraffe, zebra and many species of antelope.

Leopard and spotted hyena are the major predators and with a species list of nearly 400, the bird watching is excellent. Add to that the opportunity to sample one of the area’s cultural experiences and tour local villages, farms and markets, and Arusha becomes a whole lot more appealing than at first glance.