The Migration | All Sorts of Beasties

Home/ Arusha City Blog / The Migration | All Sorts of Beasties 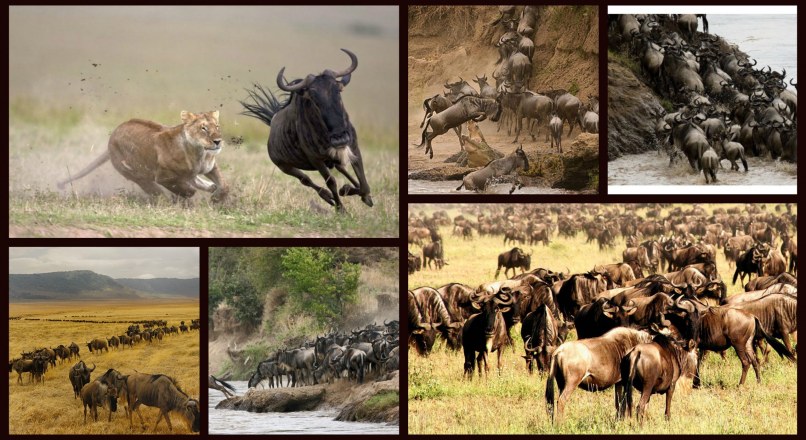 The Migration | All Sorts of Beasties

The Serengeti Migration: One of the most sought-after experiences for wildlife and nature enthusiasts, the Great Migration is the ever-moving circular migration of over a million animals across the Serengeti-Mara ecosystem.  The ever-moving columns of wildebeest, joined by a host of companions, follow an age-old route in search of grazing and water.

This journey takes them across the plains of the Masai Mara in Kenya, all the way south into Tanzania, through the Serengeti to the edge of the Ngorongoro Crater, before circling up and around in a clockwise direction.  Along the way, high drama is always present, as thousands of animals are taken by predators, and thousands more are born, replenishing the numbers and sustaining the circle of life.

Every year, around 1.5 million wildebeest; 350,000 Thomson’s gazelle; 200,000 zebra; and thousands of eland and other ungulates (hoofed animals) participate in what has been called ‘the greatest show on Earth’, The Great Wildebeest Migration.

The three groups of migrant grazers have different grass-eating habits: as one group eats the top of the tallest grass, the next group will eat away some of the medium-height grass, until finally it is almost completely eaten, and the herds move on.  This means each group sticks to their own kind with only a small overlap in their distributions. The grasses of the plains have the highest protein content in the whole of the Serengeti, as well as being high in calcium.

It is unclear how the wildebeest know which way to go, but it is generally believed that their journey is dictated primarily by their response to the weather; they follow the rains and the growth of new grass. While there is no scientific proof of it, some experts believe that the animals react to lightning and thunderstorms in the distance. It has even been suggested that wildebeest can locate rain more than 50km away.